The Jordan Strategies Forum study, on Jordan’s social capital and the citizenry’s confidence in government, has produced reflectively realistic outcomes.

Some of the outcomes are interestingly promising. Other indices are quite worrying to be honest.

While the public’s opinion of our Armed Forces remains sky high, it is not quite so when it comes to parliament and political parties. Moreover, as the public’s trust in our police grows, many have very little confidence in our media and news outlets.

Meanwhile, it seems Jordanians hold our judicial authorities in great esteem. The executive, however, i.e. the government, not so much.

Look at the rest of the world, and our region no less. This sort and degree of trust in our system is outstanding, given the current situation. In fact, it is so in any given situation, under the standing circumstances as well as otherwise.

On the down side, however, and not so shockingly either, no more than 54.2 per cent of Jordanians trust in the government. Truth be told, this is far too low for anyone invested in the current state of affairs.

It goes without saying, while these figures may be representative of our reality, it is not so of our aspirations as Jordanians.

Compared even to the region, let alone the rest of the world, these indices are low, according to the study.

Among other the topics, the study featured a section entirely dedicated to the issue of deteriorating trust between the citizenry and the executive authorities.

Naturally, the absence of trust between citizens and their government makes the implementation of plans and agendas difficult.

A good relationship between the government and the taxpayer is key to progress. And evidently, the current levels are too low to carry out the execution of further plans for our future.

As opposed to merely sufficing with figures, the study went to further outline the reasons why the public’s faith in the government has dropped so low. Chief among them is the fact that the underway economic transmutations, for decades now, have reflected only negatively on people’s lives.

Not to mention all the empty promises of a better life.

Quite contrarily, the vaster majority of the people have suffered immensely due to the rash and consecutive shifts and leaps in economic and social policy.

Then comes the issue of corruption, petty and administrative, symbolic and monetary. Neither one is less an evil than the other, especially when it comes to public perception and trust in the public sector.

Of course, the government’s withdrawal from the public, political sphere, coupled with an overlap in institutional roles and operations. This too adds to the loss of trust. Put aside ballot fraudulence. Not once, but twice, at least. This, on the other hand, has weakened the public’s trust in representative official bodies.

In the meantime, more and more people seem less hesitant when challenging the authority of the law. There are cases whereby citizens have openly challenged the rights of the people and the rule of law.

Seeing this as a growing phenomenon certainly does not help maintain a comfortable level of trust between people and governments.

What made Jordanians so distrustful of governments, the press and political parties, while so confident of our military? It doesn’t have anything to do with the performance of any of these institutions, does it?!

I mean, obviously it does; to those who did not get rhetorical questions.

Nonetheless, restoring trust is not an impossible task, as difficult as it may be. However, seeking to replenish Jordan’s social capital will require a complete set of measures and efforts. The presence of a competent government and an independent parliament with the public’s confidence, actively engaged in safeguarding the people’s interests, is a start. One that is dedicated to its constitutional monitory and legislative roles.

Again, restoring trust and faith in the system is as vital and sensitive as it is difficult but doable. An action plan must be drawn out to, first and foremost, tackle the issue at hand, before anything else. 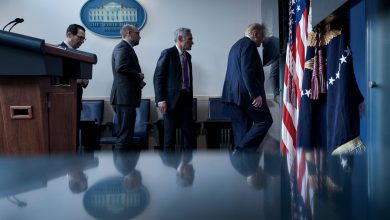 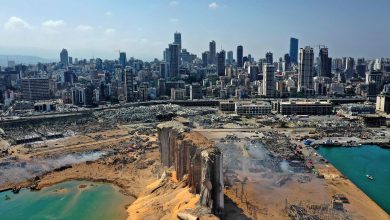